What are the consequences of the Fourth Industrial Revolution for businesses?

The 2016 World Economic Forum, more widely known as the Davos Forum, is an annual meeting established in 1991 that brings together a curated selection of the world’s leading businessmen, politicians and scholars in the Swiss county of Graubünden.

Renowned for initiating new debates of global importance, the 2016 edition of this prestigious congress centred on a concept that has been on everyone’s lips for some four years but has very recently become a subject of rekindled interest: the so-called “Fourth Industrial Revolution.”

What is the Fourth Industrial Revolution and what is its impact on businesses?

What is the Fourth Industrial Revolution?

Klaus Schwab, executive chairman and founder of the Davos Forum, has written a book and an article about the event for Foreign Affairs, the leading magazine for analysis and debate of foreign policy. Schwab firstly considers that the first three industrial revolutions had two key impacts: they contributed to a greater level of automation and interconnectivity.

The first revolution occurred in 1784 with the use of water to generate steam that effectively mechanized production; in 1870, with the use of electricity to enable mass production; again in 1970, with the advent of electronics and information technology. And today it is happening again, thanks to technological advances that are allowing unhampered levels of automation and the almost universal use of smart devices that are enabling near-unimaginable levels of interconnectivity between people.

It could be ascertained that the Fourth Revolution simply continues in the wake of the Third, but given the awesome leap that technology has taken since 1970 and especially from the year 2000, it can not be considered a mere sequel. Its exponential reach is now such that the lines between the physical, digital and biological spheres are completely blurred – the Fourth Revolution not only affects the way we work and the way we live, but also how we relate to others, how governments conduct their affairs, etc.

"In its scale, scope and complexity, the transformation will be unlike anything humankind has experienced before." - Klaus Schwab

What makes this revolution so different from the others?

In addition to its global scope, unheard of in previous revolutions, and its economic, social, political and security-related implications, the Fourth Industrial Revolution is also characterized by the following:

"The possibilities of billions of people connected by mobile devices, with unprecedent processing power, storage capacity, and access to knowledge, are unlimited." - Klaus Schwab

What technologies are making this revolution possible?

Various technologies have supported this Fourth Revolution and are themselves in constant evolution. They include, among others, virtual reality, the so-called “Internet of things,” artificial intelligence, self-piloted vehicles, virtual assistants, investment software, big data, 3D printing, nanotechnology, biotechnology and quantum computing.

Often we consider these technologies are still in an embryonic phase, but although it is may be true with regards to their universal usage, there are already an intrinsic part of the industrial sector.

To give an example, virtual reality allows the virtual recreation of entire environments in which to do product testing, the Internet of things connects machines and people to increase work efficiency and the use of big data allows machines to predict possible errors based on data and automatically carry out maintenance procedures.

So the revolution is happening. Now what?

According to Klaus Schwab, the proximity of the Fourth Industrial Revolution will culminate in a series of key geopolitical outcomes in which the scholar suggests that a polarized job market will lead to greater inequality and increased social tensions.

Impact of this revolution, according to Schwab:

“Overall, the inexorable shift from simple digitization to innovation based on combinations of technologies is forcing companies to reexamine the way they do business.” - Klaus Schwab

According to the Davos Forum founder, the consequences for business fall into four categories:

It is still too early to guess how to achieve success in the context of the Fourth Revolution, but initial conclusions put forward by Schwab indicate that the key for businesses now is to carefully choose their technological providers and rethink their relationship as being one of colleagues and allies.

In this respect, the electronic signature solution proposed by Signaturit is highly adaptable, permitting continuous improvement and integration within other systems. Thanks to its highly simplified processes and use of the cloud, it offers the advantages of both efficiency and improved communications between clients, employees and suppliers, namely by decreasing the need for any entities to be physically present while doing business.

If you wish to know more about our electronic signature tool, you can download the following whitepaper or simply get in touch with us directly by dialling +34 935 511 480.

How can SMEs secure their business against cybercrime?

How will the Fourth Industrial Revolution affect HR? 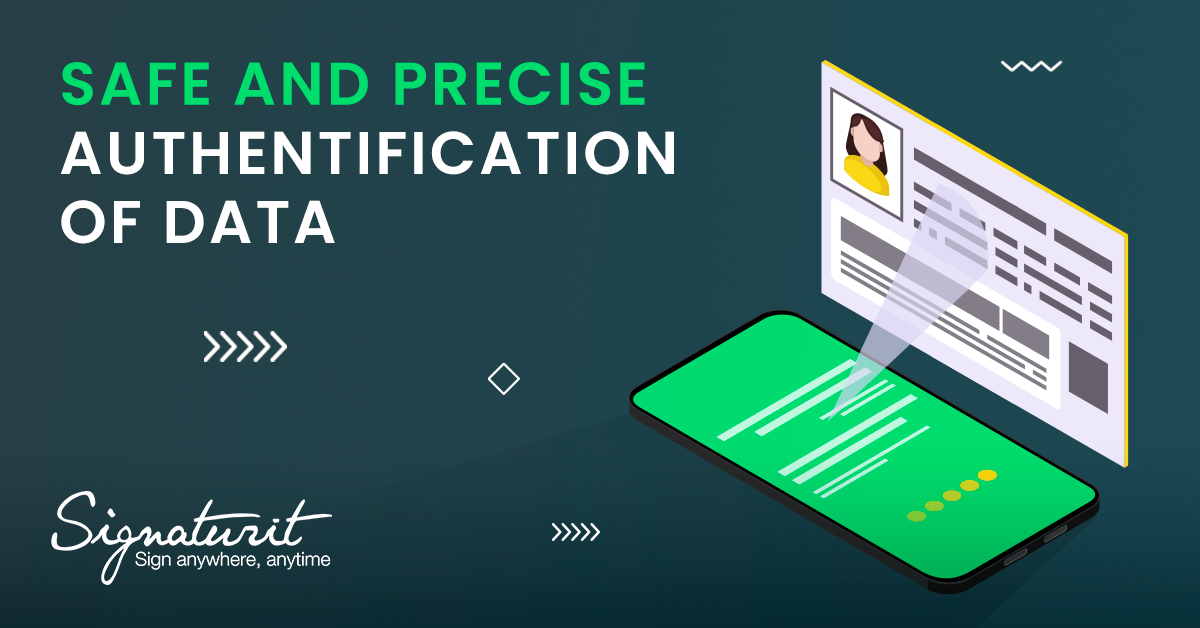 OCR technology for the digital authentication of customer data