Insurtech companies are known as being at the forefront of the insurance industry. Their latest success is bridging the gap between psychological and economic analysis to better understand insurance policy holders.

In the next post, we will analyse the theory of behavioural economics and how the most innovative insurtech companies have applied it to understand the economic movements of their users.

Obtaining information on consumer behaviour has allowed all sectors to incorporate details that are key in user recruitment and loyalty.

Far from that are traditional economic theories that assume that individuals are rational, future-oriented consumers who make choices to maximise their utility. Recent academic studies have presented new behavioural patterns based more on psychology.

Now it is argued that individuals often have difficulty making rational decisions and even more so when there are elements of uncertainty, assessment of current versus future benefits, or some complexity.

In particular, one of the rapidly expanding branches of economy is behavioural economics, which has provided important insights into how individuals make decisions.

How does the consumer make decisions?

The American economist Richard Thaler has played a crucial role in the development of behavioural economics, for which he was awarded the Nobel Prize in Economics last October.

In the words of the Royal Swedish Academy of Sciences his work has been to build "a bridge between the economic and psychological analysis of individual decision-making."

His most outstanding contribution is having demonstrated the "human" behind economic movements and how the rationality does not always prevail when it comes to decision-making. Human attitudes such as limited rationality, social preferences and lack of self-control affect the individuals’ decision-making in economic matters and, therefore, the market.

In summary, Richard Thaler’s contributions are based on the observation that all individuals have cognitive limitations that make them incapable of rationally processing large amounts of information. At the same time, they make decisions emotionally and these decisions are subject to biases in the handling of probabilities. He also states that economic subjects are often willing to sacrifice their own interest to satisfy social preferences.

Behavioural economics, a new trend in the insurtech sector

Although there are those who have accused Behavioural Economics of being banal, and its conclusions of little relevance, the insurance sector has begun to use this theory to better understand the behaviour of policy holders.

Innovative companies in the industry have been conducting behavioural tests over time that have provided reliable conclusions to understand why someone does not renew their policy, or how to increase customer loyalty.

Thanks to these studies, the following conclusions can be drawn:

We give too much weight to low probability events, such as dying in a plane crash, and we         do not distinguish enough between a 5 percent and 20 percent chance.
Sometimes a product incorporates many financial elements and different coverage options        for different situations that cause users to have a mental block and make poor decisions.          As such, it is necessary to guide users.

Understanding the customer, the foundation of Insurtech

Behavioural science states that people need incentives to change. The Vitality program at the South African insurance company Discovery starts from this premise.

Through personalised interaction motivating and encouraging customers to manage their own well-being and to make decisions, healthier behaviour is promoted while offering a more sustainable insurance.

The insurance company, founded in 1992, has been able to innovate by measuring the behaviour of its customers in a clinical way and, in doing so, has achieved dynamic pricing of individual risk. Based on this economic science, customers receive support to help them achieve their personal goals through a three-step approach: knowing their health, improving their health and enjoying rewards.

“Forget everything you know about insurance”. That is what the slogan of the American insurtech company Lemonade says, which fully promotes artificial intelligence and behavioural economics in its clients’ day-to-day experiences.

It offers insurance for owners and tenants with robots and machine learning replacing brokers and bureaucracy and it promises zero paper, instant everything and killer prices.

In the words of its CEO Daniel Schreiber, “Not just our business model but also the whole product flow is informed by behavioural economics. For example, we ask people to sign on the top of the form, not at the bottom. Behavioural research shows that asking people to pledge honesty first, results in forms that are actually more accurate.”

“This way we are reinventing insurance
from a necessary evil to a social good."

The real market is less efficient than the studies based on neoclassical economics have indicated. The discovery of irrational behaviour in consumer behaviour suggests that factors such as culture, environment and social status, education, values, and everyday situations influence the economic decisions that we make.

Insurance companies could benefit much more from psychology and the social sciences, applying behavioural economics as an instrument to neutralise the conflict between their interests and those of their clients.

Behavioural Economics, whh permanently feeds off other disciplines, such as sociology, psychology and social anthropology, can therefore offer more than significant contributions to the insurance sector. 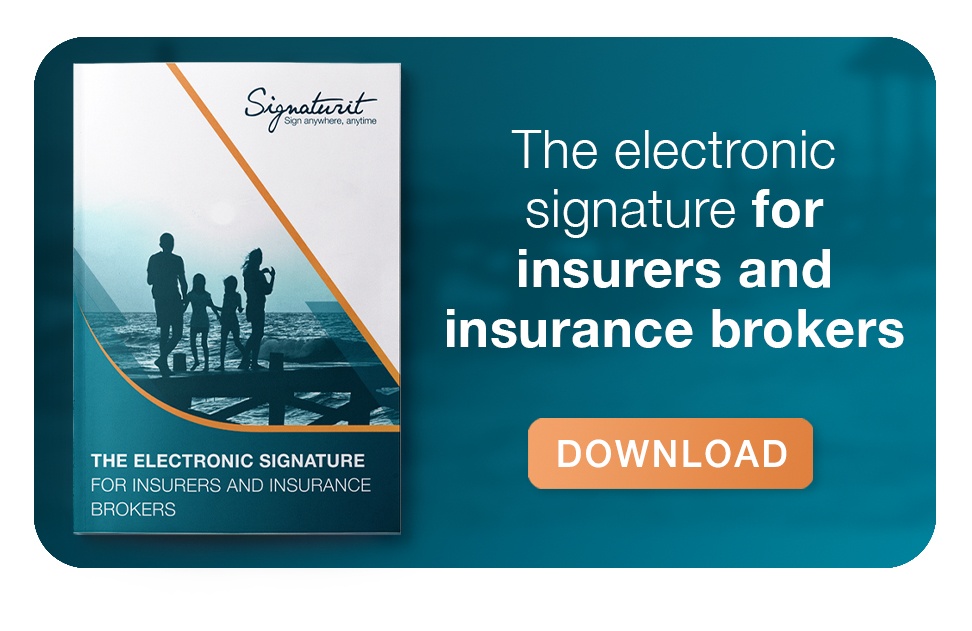 Why insurance companies should use electronic signatures?

What is a robo-advisor and how will it transform the insurance industry?