What implications does contextual banking have in the distribution of financial products and services?

Armed with greater mobility than ever before, consumers have become accustomed to making all kinds of transactions via their Smartphone, anytime, anywhere. Their banking experience should cater to whatever situation they find themselves in and to satisfy the demands of the new mobile customer, banking must be contextual. Its services must be offered entirely at a client’s convenience, without causing stress or hassle when a purchase needs to be made on the go.

Excellence in digital delivery of financial products and services is what differentiates banks from their competitors, and contextual banking requires a whole series of procedures with regards to the efficient distribution of products and financial services. It’s precisely this issue that we’ll elaborate on in the post.

Smartphones have radically changed the ways in which consumers interact with companies. This has several implications for banking and requires banks to adopt a new approach when offering products and services in the digital age:

Despite the majority of people not having made any kind of purchase by Smartphone (at least not in Spain) it is extremely probable that payment by mobile phone will take off in 2016, due in great part to the leading role that major companies like Apple, Google and Samsung are playing in this field.

Last July, Apple drew attention to the new trend with its European launch of mobile payment system Apple Pay. The scheme was piloted in the United Kingdom, where overnight it became possible to make purchases by iPhone in over 220,000 stores nationwide. Apple’s partnership with American Express will see them coming to Spain in 2016 but for the moment, Apple Pay is only available in the United States, Canada, Australia and the United Kingdom.

Apple’s breakthrough was quickly followed by Google’s launch of its own system, Android Pay, which uses NFC technology. Until now, Android Pay has only been available in the United States, but it is likely to be available soon in Europe.

Samsung also reacted to the Apple Pay launch with the release of their own application, Samsung Pay. And in recent times, both Samsung and Apple have announced new partnerships with banks, financial entities and stores to allow more opportunities for payment through their respective systems. Currently, Samsung Pay is available in the United States and South Korea but already has plans to expand into China, the United Kingdom and Spain.

Banks cannot ignore these trends if they wish to become “contextual” and fit into a client’s routine buying. Several banks including CaixaBank, BBVA and Bankinter have already developed mobile wallet apps, as have mobile phone operators Vodafone and Orange. Recently, ING Direct have just launched an app in Spain that facilitates mobile-to-mobile transactions.

In one of our recent posts, we spoke about the need to automate and digitalise traditional banking methods to attract and retain digital customers. One suggestion was to introduce screens permitting customers to video chat with customer service teams in the absence of available personnel at the branch.

The main advantage of videoconferencing is that can be used at home or anywhere the user happens to be. It also allows the conversation to include all types of multimedia. A customer adviser may share the screen with a client while guiding him or her through an administrative process or offer a real time demonstration of how to fill in documentation for a particular product. The video call can include live chat through which the customer can share files and receive confirmation of receipt by the consultant in real time. In addition, the possibility to have eye contact afforded by a video call makes any transaction more human and personal, significantly increasing customer confidence in the service they are receiving.

Facetime or Google Hangouts, installed by default on mobile devices using the Android system, make this type of customer communication possible at any time or place. Banks should already be thinking about how to take advantage of video chat to operate on the equal terms with digital consumers.

Digital customers are accustomed to using Facebook and Twitter to contact companies, and there is a growing expectation that they should be able to do their banking in much the same way. 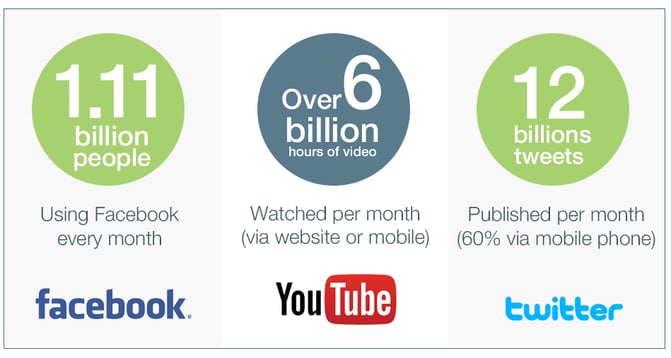 Although some banks fear that interaction on social channels cannot be controlled, their exploitation effectively offers banks a presence in clients’ daily lives, as well as a capacity to deal with customer questions and complaints as they happen. Social media provides an unparalleled opportunity to build customer loyalty as well as transmit a coherent image of the bank’s identity.

However, to fully benefit, banks must have a solid understanding of how to exploit the information that customers pour into social networking. By identifying what their customers share and recommend, they can learn more about customers well beyond the basic information obtained from banking transactions. Knowing how to analyse this data is key to predicting clients’ behaviour, anticipate their needs and offering targeted products and services.

Unlike social media, wearable technology is not as yet a mainstream practice. But according to analysis by Juniper Research, the number of apps accessed via smart-watches is set to reach 10 million in 2017, with a further estimate of 100 million by 2020, a figure determined mainly by its adoption among Millennials. Thus, another major channel for banks to interact with their customers is on the horizon.

Although these devices are unlikely to perform complex operations, they are able to make payments in shops, authorise transactions through multi-factor authentication, get alerts, monitor bank accounts and receive special offers.

Thanks to Apple Pay, consumers who have an Apple Watch can now make payments by watch in the United States, Canada, Australia and UK.

The Gear S2 SmartWatch launched by Samsung last October in the United States uses the Samsung Pay application, albeit in a limited capacity. The company has already announced that the next version of the watch will be able to make payments in the same way as Samsung mobiles, either using NFC technology or through magnetic stripe readers.

And Swatch and Visa recently announced their collaboration with Bellamy watches and Visa to create their own watch that is kitted out to make purchases. Visa customers in the United States, Switzerland and Brazil will be the first to test out the new product.

The new technology has two downsides: privacy and data protection. The increasing digitisation of businesses and consumers, in spite of its positive contribution to society, has also led to the rise of cybercrime aimed at stealing consumer data and company information. Since the information kept by financial institutions is of a highly sensitive nature, any act of cyber piracy would not only cause great economic losses but also seriously jeopardise customer confidence.

This risk has prompted many banks to adopt identity authentication methods such as biometrics or electronic signatures. These systems help identify customers, protect data, build confidence and are perfect for ensuring secure communication in both online and offline environments.

One notable example is the Scottish bank RBS allowing customers to access its app with their fingerprint. Another is Barclays adding a voice recognition system that allows customer 24-hour acces to their accounts when they contact the bank by phone. Recently, the UK-based Atom Bank (in which BBVA has invested £45 million) will implement voice-recognition systems and facial biometrics to authenticate their customers instead of using a pin in 2016. And the use of electronic signature effectively allows customers to sign contracts remotely using their mobile devices.

It is important to note that there are significant differences in the safety of a simple electronic signature -like a pin number- and an advanced eSignature, which has a higher security level and meets the requirements of Directive 1999/93/EC.  You can learn more about signing a document online in this post.

To learn more about the advanced electronic signature and how to offer it to customers, whatever the context, you can download the following whitepaper: 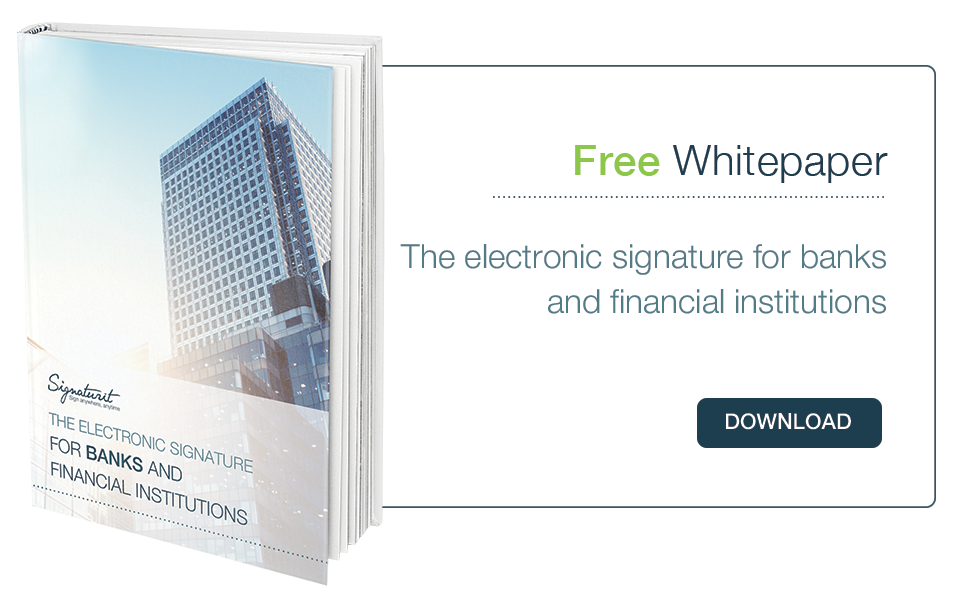